Our Travel Stories and News Reports

The Comptroller General, Mr Muhammad Babandede said this during a virtual meeting with stakeholders to address travel concerns and automation of Travel Work Permit (TWP) on Wednesday in Abuja. In a statement issued by the Service Public Relations Officer, Mr Sunday James, Babandede said that the procedures were in line with Federal Government’s approval to commence international flight operations from Sept. 5. Babandede said that Murtala Mohammed International Airports (MMIA) Lagos and Nnamdi Azikiwe International Airports (NAIA) Abuja were earlier approved by the Minister of Interior, Ogbeni Rauf Aregbesola for the implementation.

This he said, was with the vide letter Ref. No. MI/PM/16012/S.366/Vol.ll/ dated 6th April, 2020 on waiver for visa payment due to COVID-19, closure of land borders and suspension of international flights. According to him, the Service in exercise of its statutory mandate wish to implement as follows.

Babandede said that the Service had equally activated Visa on Arrival and e-Visa payment portals to enable the intending migrants to Nigeria process entry visas as from Sept. 5. He said that in a situation where migrants had obtained a Temporary Work Permit (TWP) approval and the Mission where such visas were to be issued were closed, they should submit the complaint through: cis-evisa@immigration.gov.ng

“These two International Airports, MMIA and NAIA are to commence issuance of visas in line with Nigeria Visa Policy 2020 with effect from the period of the opening of the designated Airports.

We are a member of: 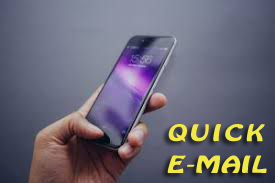